One-Off Month ... When legends passed away 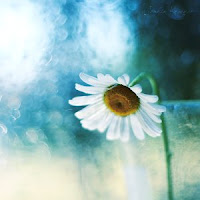 …………Finally, at the end of this happening month, I am cursively bound to pen down my waves. If I recall, I was happy in the beginning of this month because of reasons tied up all family, friends and colleagues. But, no such moment is as sad when you got to know in the middle of your happiness that legend of vision and one of your idols has been passed away.  I was on official team building trip when have heard the RIP of Steve Jobs, after 4 days (Oct 9, 2011) of his death .

He was a man of vision and a perfect professional I look upon ………..
If I’ll start collecting words to write about him, certainly I will fail to describe that how he has reached to his fame-name … I admire him, his sayings and exclusively motivated towards my own passion.

“Your time is limited , so don`t waste it living someone else’s life.”

“Innovation distinguishes between a leader and a follower.”

“Being the richest man in the cemetery doesn’t matter to me….Going to bed at night saying we have done something wonderful in a day ….that what matters to me.”

“Sometimes when you innovate, you make mistakes. It is best to admit them quickly, and get on with improving your other innovations.”

It does not end here ….. On the way of returning back from the trip (Oct10, 2011), my heart got sobbed and lashes almost wet when read one sms …that we have lost one more legend of voice(Gazal-King)-
”JagjitSingh Ji”.  An Imprint of him started very early in my life, I guess I was around 15 years old when have had first heard his wave of voice in …

Since that day his voice owned a part of my soul. The beauty of words written by different authors was captured by his voice and pathos of love. I guess almost everyone would already know this that he lost his single child in an accident early in his life and what else ...He dedicated this Gazal to his son ….

Listen this one truly by heart, I can bet.. it would make you remember your loved ones.

Now, singing out with lyrics of my favourite Gazal by Jagjit Singh— 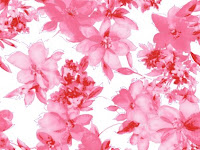 This is not the end, we have had celebrated an auspicious festival- Deepawali at the end, which made everyone happy . So, finally sadness converts in to happiness  and I wish this will remain same in everyone’s life forever.